ALL ABOUT ASSASSINS CREED VALHALLA 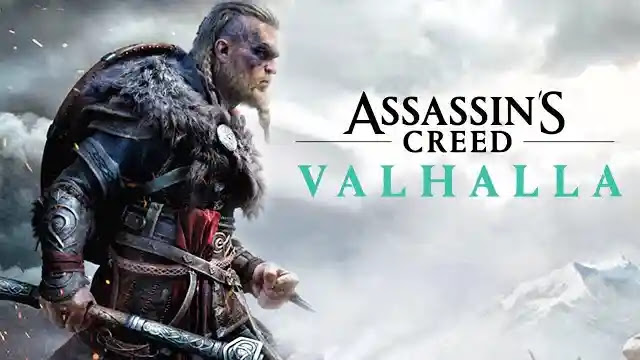 Ubisoft finally released Assassin's Creed Valhalla cinematic trailer just after the official release on 29th april 2020. From the official it is confirmed that Assassin's Creed Valhalla is truly inspired from Vikings.It is decided that the game will release for Windows,Xbox,PS4 and for Stadia but also will be available for XBOX,PS3,PS4,PS5,PC and other high end gaming devices.Some of the Ubisoft said that it is going to be the "Flagship" of Ubisoft's Next Gen Gaming.It could be possible that the game will launch with both XBOX X series and PS5 and most probably it will be same as the previous situation of Assassin's Creed Black Flag with the PS3 and XBOX 360 release.Officials said it will be launched along side with next-gen gaming console and current console too.Players can buy the game in the holiday 2020 confirmed by ubisoft.

The story of the game is based on viking's ninth century life journey and their invasion on the shores of England and find a farming area for cultivation and make a safe home for the vikings.But the war is between the England's king who considered vikings as savages and the viking leader who wants his viking friends to be settled well no matter how.Here the main player is a viking raider named as Eivor who will  lead the army to escape Norway land and  make home in England by raiding his savage army.You can play the character either male or female depends on you. 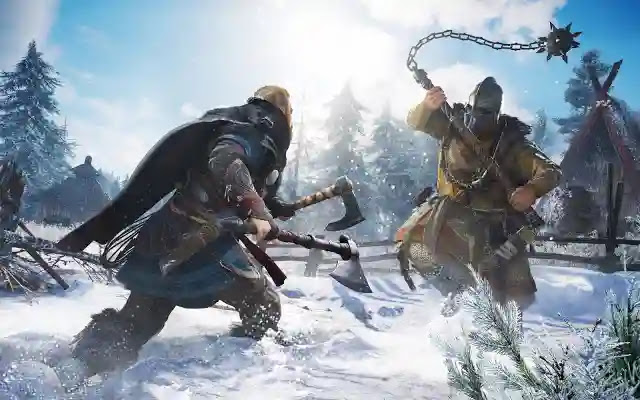 There is no such information about the requirements to play the game from the officials but it seems that the game is going to be 720p video resolution along with 30 fps hence it is not confirmed.But it can also goes up to 4K in next-gen consoles.But at the end of the game it is quite disappointing that it supports 720p where as other games support 1080p.
As we don't know about the requirements for playing the game yet but these could be Minmum requirements,

Assassins Creed Valhalla is a open world action and adventure game consists of many missions and events.The player have to choose a role of a Viking rider Eivor, the leader of the Viking savages who lead the Vikings against England. Then the player will also have to choose of playing Eivor as either male or female and the player will be able to customize Eivor's hair,clothing, warpaint, tattoos to and mostly the Armor.There will be lot of weapons available in the game and the player is able to allow dual wielding of almost any weapon, including shields and every gear that the player collects is unique too.From the previous version The Eagle Vision mechanic also included in this game in form of "Odin Sight".The player will have an animal companion,a Raven named Synin for scouting nearby areas.The "social stealth" concept from older games also available in this version, and  Eivor can hide from enemies in stationary, bushes, but also hide in crowds to use them as cover. The Raven can be used to distract guards, and can access a hidden blade for near assassinations.

In Valhalla  the player often return back to the main settlement and to the previous visited and raided areas for the information about the new areas of England.And surprisingly not all missions require violent ends like older games, here some missions can be resolved through diplomatic means and settlements. The game will rely less on basis skills performed by Eivor, as Eivor advances through the game. The difficulty of the game will be based on the player's collection of skills.  Enemy  will have their own special abilities which they can use against the player.The Player’s choices through conversation or game play will affect the characters and their alliances with other in built characters.

Conquest Battles, a new feature which was introduced in Odyssey, will return in Valhalla. They will be known as "Assaults" and will lead Viking armies to attack fortifications and barracks.All the raids will be smaller battles where Eivor leads a raiding party to attack secure resources for their settlement.The player will be able to build a army by recruiting non-players. Though the use of naval transport, naval combat has been dialled back.The player can engage himself by hunting, fishing, , drinking contests and brawls with other Vikings.

Assassin's Creed Valhalla has total number of six(6) editions and each edition has some extra features with some session packs and skins.All the editions and their pre-order cost are listed below both for Epic Games Store and Ubisoft Store :-