When you look at the Marvel X, you can understand just what the brand is capable of when it comes to electric cars. so it's a pretty interesting unit and that it's a premium vehicle. it has three electric motors. it's got quieter performance. it has quite a striking design.The MG Marvel x is a fully electric car made by chinese Automotive Company SAIC Motor . In India MG Marvel x launch under it's brother company MG Motors as MG Marvel X. It is an compact crossover SUV. The Roewe Marvel x(MG Marvel x) crossover comes in two different vatients: RWD and AWD. MG Marvel x also won the gold award for best inovation in China.It is the world’s frist mass produce electric car which works on the third level of autonomous driving. 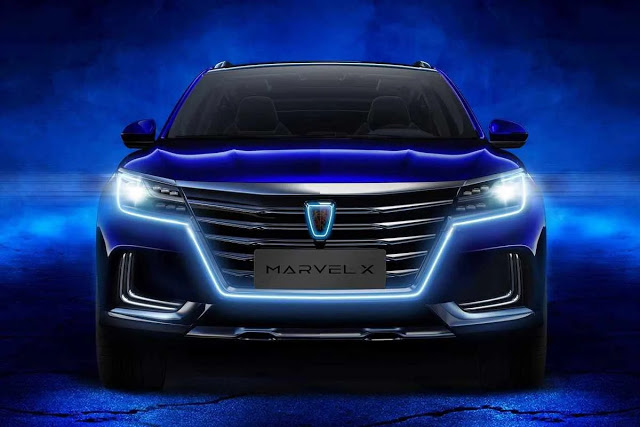 It is a full size 5-door SUV. At the front,this car has a massive
chrome finish grille, with a MG logo in the middle.though this mg logo is going to glow in white,when you put your car for charging. As we came to the side,the the thing you notice that it comes with  the bold design,piano black mirrors. the 19 inch alloy wheels make the car more bold and big.At the rear it look like a coupe, with a shark-fin a antenna and LED tails lamps.You  will get 12 ultrasonic sensors around the car. Front and rear combined this car has 6 cameras witch will gave a 360 degree view to the driver. If we talk about it’s autonomous  driving system, you will have a 3mm front radar in the front. which can offer you it’s auto driving. 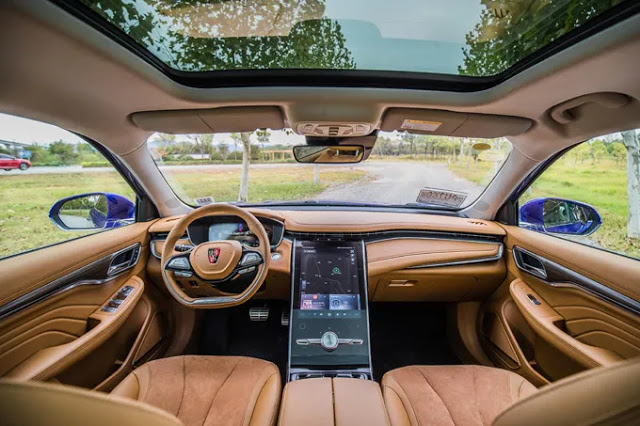 The MG Marvel x sets a new record in many aspects.It is the world’s first mass produced car  that fulfills the in-vehicle AR live navigation with the pioneering function of autonomous parking. The Marvel x is also the world’s first mass produced car equipped with the Banma 3.0 smart system for internet-based vehicles. which supports multiple tasks at the same time, and allows navigation, A.C, lighting and multi-media also apple car-play to be controlled by voice command.

-It has Ventilated disc in both front and rear. 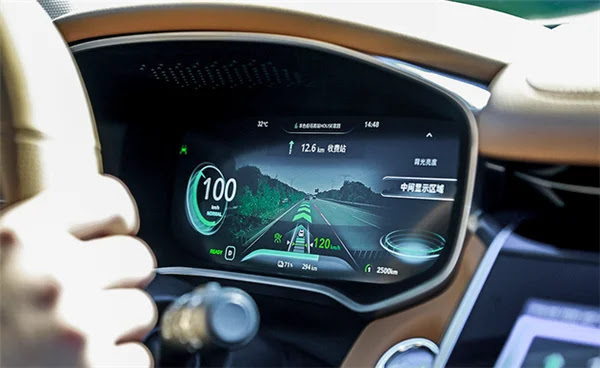 Marvel X is availabe in two different versions.one is rear wheel drive and another is all wheel drive.

1.the two whell drive comes  with 52.8 kWh battery pack and two powerfull electric motors.It takes 8.5 hours to charge the battery 0 to 100%,usig the AC charger.If use the DC fast charger,then it can charge 0 to 80% in just 4o minutes. The motors 186 PS and 410 Nm of maximum torque in the RWD version. This allows the car to reach 0-100km in just 7.9 sec. This car offers you a Range of 403km in two wheel drive And can reach 380km in four wheel drive.The MG Mrvel x can reach 0-100km/h in just 4 second as per the officials. It can go upto 500km in single charge. It also support quick charge. So it can charge 0 to 80 percent in just 40 minutes.

2.and the four wheel drive comes with same size 52.8 kWh battery.but which makes the car different from the other,is the more powerful motor.this motor can produce 222 kw of power and a maximum torque of 665 Nm. thats why this car can go 0-100 km in just 4.8sec.