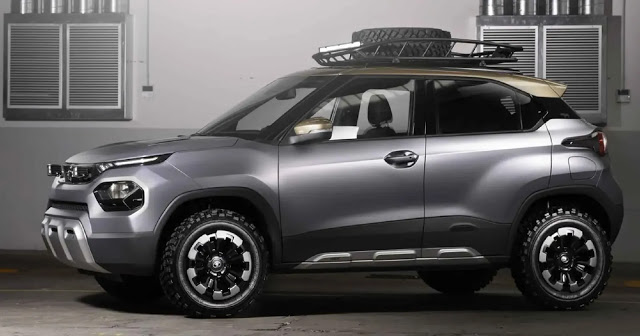 The upcoming miro-suv from Tata,known as Tata Hornbill,was first shown by the Tata motors at Auto Expo 2020.Tata HBX is a concept car.this car is design in Turin,Italy.This is the new update version of tata H2X,that first shown in 2019 Geneva Motor Show.According to the company,this is the car with 91% similarity,that is going to production.This car will be, on of the first cars that will be based on tata's advanced modular plateform/AMP. The marketing name of this company is Alfa Architecture.

According to tata motors officials the Tata HBX  will be the smallest suv they ever made. This suv based on ALFA concept(Agile,Light,Flexible,Advanced).Tata HBX is the seacond tata vehicle from the tatas new underpins Tata Altroz. Tata HBX is a 4-seater suv. It comes with muscular look. The Tata Hbx comes with floating style roof with roof rack. At the back it has small taillamps with try arrow design that we previously saw in Tata Nexon & Tata Nexon EV. 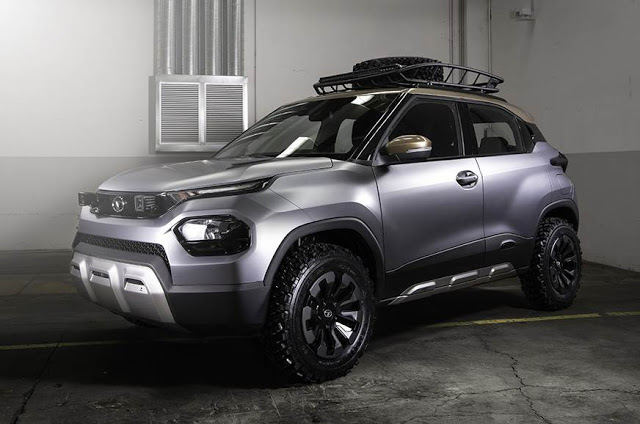 Tata Motors dis-continue the 4-cylender 1.3liter engine. Now this Tata Motors comes with 1.2liter Revotron petrol engine the powers the Altorz. This engine makes about 85 bhp and develops 113Nm of peak torque, While mated to a 5-speed manual.There will be no diesel engine offer from tata, due to axe all small-size disel engines are line-up.

After its launch Tata HBX will compete with Mahindra KUV100, Maruti Suzuki Ignis. 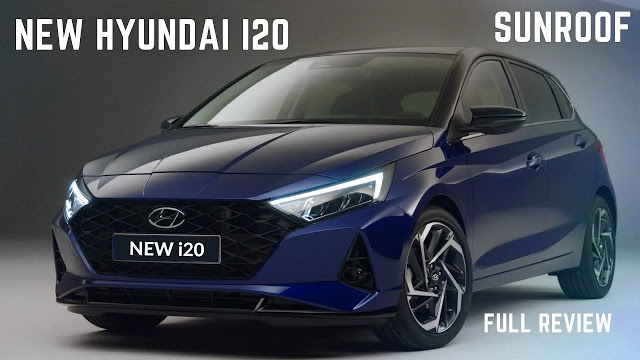 when it comes to making small cars Hyundai really knows his stuff. we were impressed with the item and we drove that recently. now hyundai set its sights on a super mini class with this the all new i-20. here's everything you need to know about this car. the third generation of the brand super mini will have its work cut out ever wants to challenge the class honors against the Ford Fiesta the Volkswagen Polo and our current favorite the Renault Clio. Hyundai  claims, it will put up a fight. Thanks to strong equipment levels class-leading safety kit and mild hybrid powertrains.

It is fair to say that the last i-20 played it pretty safe when it came to design. but it is  all changed this time around just take a look at this front end. these lights are much sharper and longer than before and they actually blend fully into the grille. there's creases over the bonnet to make it look a lot more sporty. in the whole nose is very low too so yeah it looks way more distinctive than before. the new i-20 rides on a heavily updated version of the cars old platform. and the sportier shape is helped by a lower wider body than before. it's all changed at the back - I really like this red strip that runs the full width of the car and then the diffuser which has finished in gloss black. at the bottom the interior is completely different starting with a brand new design of four-spoke steering wheel and air vents which blend into the dash .top spec models get a Mercedes a-class style brace of 10 inch digital displays one for driving functions and another for the infotainment system. practicality has been improved this time around thanks to increased rear legroom and a boot that has grown 25 litres to 351 liters underthe bonnet.

the i-20 gets an all petrol lineup while a lot of the engines are  carried over from the old model. the big news this time around is that this 48 volt mild hybrid tech available – this hybrid setup recovers energy when the car slows down and uses it under acceleration to take load off the engine. in the UK we're only going to get the 99 brake horsepower one liter. But international buyers will also get a 118 brake horsepower version of the same unit plus a 1.2 petrol with 83 brake horsepower - even though the 1.2 isn't a hybrid .that also gets a few tweaks to make it more efficient than the version in the old car. the mild hybrids come with the choice of 7-speed dual-clutch automatic or a 6-speed manual gearbox. the manual is all-new and uses an electronic clutch which allows the gearbox to disconnect from the engine when coasting to save more fuel.