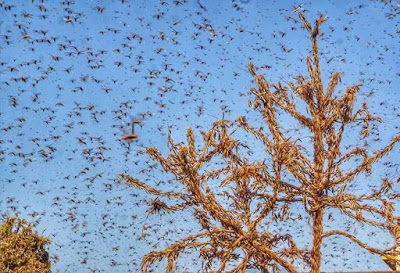 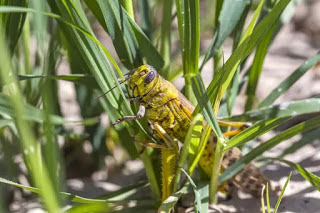 Locust is a species of short-horned grasshopper in the family of Acrididae that has a swarming phase. This insect is too similar to cricket.. Locusts are generally found in desert regions and the unique thing about this is that as compared to grasshoppers and crickets. Usually, it has two types of phases. The two phases are solitary and gregarious. The main difference between them is the behavior.

But when it is immediate in gaggle, and the environmental consequences are perfect. For example, wet soil after thunderstorm Then they transform their forms completely into another avater.

In their solitary phase, the locust is not so very harmful. their brown and green body in a cloak to blend into the background they walk very lightly and low creeping gait. when the locust has their unity and crowd then they are forming into another phase gregarious.

The insects are transforming into their disaster form. The color of this form is golden. gregarious locusts are attached very closely to each other. In this form, locust can form swarms that can blacken the skies damaged the crops.


How bad are the Locust: 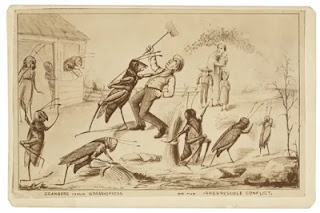 a study of the bible shows that how the locusts' effect had shaken in history. The insects were coming accidentally, often after a wind direction change and the weather the consequence was devasting. The Ancient Egyptians are painted locust on the rapture in the period 2430 bc to 2230 bc. and devasting plague is mentioned in the Book of Exodus in the Bible as taking the place in Egypt around 1446 bc. The plague is also mentioned in the Quran. in the ninth bc. Aristotle studied locusts and their digester habit and historian Livy recorded a devasting plague in Capua in 203 bc. Here are too many incidents are already happened in the past.

Cause of the Locust attack:

There is a sequence of event in the Indian ocean is changing heat and climate is also absorb the heat generated by global warming. For those reasons the Indian ocean dipole events linked to the bushfires and flood and becoming stronger and more frequent. Torrential rains hit East Africa in around December 2019. Kenya, Uganda, Ethiopia, Somalia those countries are also gain the effect of that rain. There are too many floods that affect normal people. Due to the floods and the torrential rain, congenial environment condition is created for the locusts. The right environmental conditions are rain, moist soil, vegetation. so, this is a great opportunity for locust to breed and change into the gregarious phase. So, the locust begins to breed in huge numbers there and a plague hit East Africa. So around February 2020, there was a huge plague in Africa. After that, the swarms travel to the east. it traveled to Iran, and Pakistan now by the time of the plague is begun moves towards India. The cyclone had in Bengal recently and moved in such a direction and in a such a way that they were further pushing the swarms of locust towards India. locust normally wouldn't travel this way but because of the cyclone, they are attacking this direction. 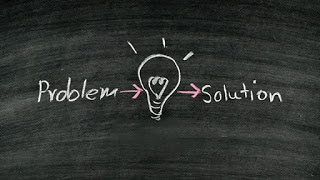 So, the question is what is the solution to fight this locust plague.

1. Most of the countries are using simply spying them with pesticides and insecticides either on the ground or in the air with the help of the helicopter then would die.

2.The second solution is the use of loud noises. the locust flees from any kind of noise.

3. The third solution is was tested out on a small scale in Pakistan's okara district. the farmers were asked to trapped those locusts and collect them and submit them in bags. They would be paid in return for this. Those locusts would be milled and used as chicken feed. Because the locust is a great source of protein.