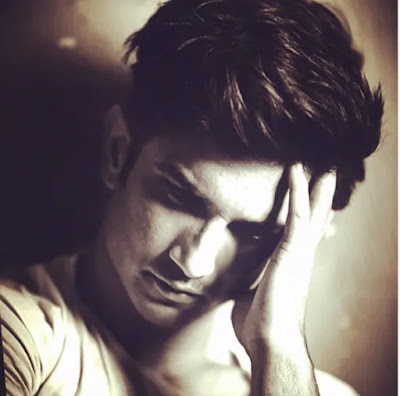 Actor Sushant Singh Rajput has committed suicide at his Bandra home in Mumbai. His representative,friends has confirmed that his body was found hanging.

Actor  has committed suicide at his residence Mumbai. The actor’s representative & Mumbai Police have confirmed the news. The Kai Po Che flim was his very first flim. The actor was 34 years old. He reportedly hanged himself in his house. The team has just reached his house at Carter Road.

Expressing the shock at actor's death, Anurag Kashyap tweeted, “Wtf .. this is not true.” Akshay Kumar wrote, “Honestly this news has left me shocked and speechless...I remember watching #SushantSinghRajput in Chhichhore and telling my friend Sajid, its producer how much I’d enjoyed the film and wish I’d been a part of such flim. Such a talented actor...may God give strength to his family.” The actor’s manager Disha Salian reportedly committed suicide last week. The Actor had tweeted his shock at the distressing news on social media.

Rajput made his film debut in the Kai Po Che! (2013), for this flim he received a nomination for the Filmfare Award For Best Male Debut.Then he starred in the romantic comedy Shuddh Desi Romance (2013) and as the titular detective in the action thriller Detective Byomkesh Bakshy! (2015). His highest-grossing releases came with a supporting role in the satire PK (2014), followed by the titular role in the sports biopic M.S.Dhoni: The Untold Story (2016). For his acting in the latter, he received his first nomination for the Filmfare Award For Best Actor. Rajput went on to star in the commercially successful films like Kedarnath (2018) and Chhichhore(2019).