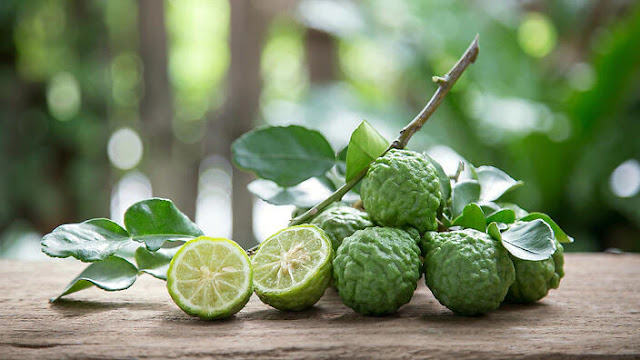 What is Kaffir Lime?

Kaffir Lime or Makrut Lime scientifically known as Citrus Hystrix is a part of the Citrus family fruit. The name “Kaffir” came from the German word “Kafer” which means “Bug” maybe just because it attracts so many bugs and insects but also there are some controversies that say that “Kaffir” name was used by White Africans for the Black people disrespecting them, meaning “Infidel”. Many countries still do not use Kaffir to describe it as it was a ban or illegal to say, still, there are a lot of alternative names of it but widely used names are Kaffir, Makrut, and Thai Lime. Other names of Kaffir Lime are Mauritius papeda, papeda, leach lime, Kaffir Citrus, rough lemon, Indonesian lime leaves, limau purut, Mauritius bitter orange, Thai limes, Caffir Lime, Ichang Lime, Swangi, Porcupine Orange, Porcupine Orange Lime, Thai Bai Makrut, Wart Lime, Wild Lime, Nardanga, Kieffer lime, Shauk-nu, Som makrut, and Jeruk sambal.

It has a unique tart and strong pleasant flavor than the other citrus fruits. Not only the fruit is beneficial but also the leaves are so much useful too. The fruit has a wide range of use for culinary purposes also it has great use in herbal medicine and truly beneficial for our health system. The Kaffir Lime is mainly used in soup, sauces, and dishes for flavor and better taste. The oil extracted from the leave is used with many things like shampoos, soaps, salves, fragrances, and in cosmetic products too. All over the fruit, leaves and rind have great use in different purposes.

The fruit is specifically from tropical Southeast Asia and Southern China including Malaysia, Indonesia, the Philippines, and Thailand. First Pierre Sonnerat collected the specimens of it in 1771-1772 and it appears in text and books under the name firstly given Kaffir Lime in 1868, in Ceylon. 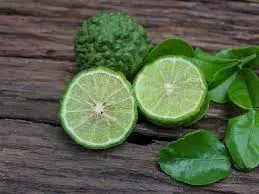 Some quick facts about Kaffir Lime are discussed below shortly - 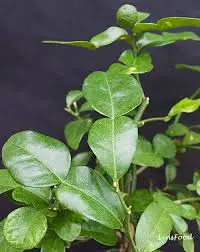